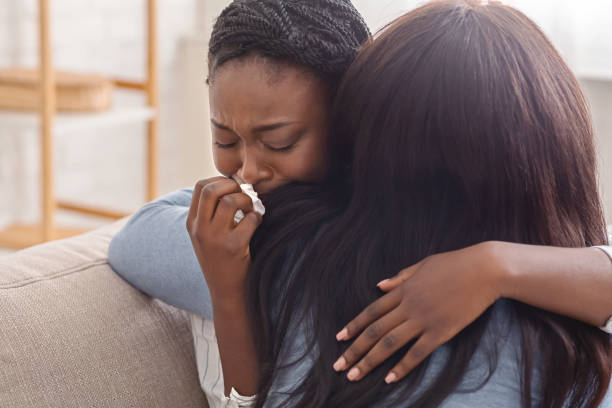 Suicide prevention in Nigeria. How does someone identify a person who is suicidal? What are the aftermaths of suicide? Can it be prevented?

Suicide is an intentional and voluntary act of killing oneself. Most Nigerians cannot spot a person who is suicidal. And they do not believe that a person who is contemplating suicide can ever voice it out. Suicide actually is a cry for help. But unfortunately, most often, people do not spot them to give them the required help. Thus suicide goes from ideation, to planning, to attempt and finally to completed suicide.

For those contemplating suicide, they should know that suicide is a negative permanent solution to a temporary problem. There are other and better means of solving problems.

To prevent suicide, it is important to know the warning signs.

Suicide warning signs indicate that suicide could be eminent within minutes, hours or days. Every threat of suicide should be taken seriously.

Someone could voice out threats to hurt or kill him/herself. He or she could be seen looking for means to kill self.

Talking, writing or drawing about death. He may voice out that life has no meaning, or hopeless. He/she may talk about feeling guilty or ashamed.

He may complain about being a burden to other people. Or that he wished that he was never born. Could write suicidal notes.

There are symptoms of depression, with crying spells. The person may keep to self, and withdraw from family and friends.

The individual may go to family and friends to bid them goodbye in preparation to die. He/she may give out personal possessions and pay their debts.

Studies have it that 64% of people, who die by suicide, visit their doctors a month before the act. And 34% do so a week before the act. So they make complaints that are not recognized or taken seriously by the medical personnel.

The consequences or aftermath of suicide.

Knowing the consequences or aftermath of suicide, will also go a long way to ensure its prevention. Suicide has very serious consequences. This is not only on the dying or dead person, but also on the grieving family members. Even the friends, the community and the society in general are negatively affected.

It is reported that one suicide act, can impact 6 or more other people. And this impact is more if the suicide occurred in public.

1. Effects on the individual:

For does who survive attempted suicide, they could end up being maimed for life. This depends on the method used.

The person may end up with guilt, shame and regrets. And there may be a repeat of the act. This happens if the individual receives no treatment.

They may face stigmatization from the family members, community, and society and even at work place. And their mental health condition will worsen without help.

2. Effects on the family members and friends:

The family and friends will undergo grief and some may end up with pathological grief. And the bereavement they face is different from other bereavements.

The family and friends may feel guilty and blame themselves for their actions or inactions. So they may believe that they have failed the individual, the family and the community.

They feel rejected, with low self esteem. And so they may come down with depression, anxiety post traumatic stress disorder, etc. as well as suicidality. They could also suffer from physical illness and death from the illness.

3. Effects on the society:

Suicide prevalence is more on the young people, so productivity is also negatively affected.

Thus the economic growth of the country is also negatively affected.

Prevention of suicide in Nigeria.

Suicide both attempted and completed are preventable. Prevention requires the actions of everyone. So it is important that everyone knows about the risk factors and the warning signs.

1. Prevention by the individual:

The individual should know that suicide is a permanent and unnecessary solution to a temporary problem. It is also important to know that time heals all problems.

Reduce stress. There is need to reduce stress to prevent breaking down with mental illness.

If one has a mental health condition, there is need to get treatment from a specialist. It is also important to comply with treatment regimen.

Develop healthy coping and problem solving skills, like talking to a trusted friend. Eat healthy and exercise. Have good night sleep of at least 8 hours.

Avoid living the life of other people’s expectations. So there is need to keep off social factors that will financially affect, negatively. For example, avoid asoebi when it is not affordable and absolutely necessary. One must not attend every invited occasion.

Plan only with funds at hand. Also there maybe need to rethink about the children’s schools and the house rents. This is to ensure that they are affordable.

There is need to get a job, even if not a dream job. And work hard to avoid being laid off.

It is important to know that religion and spirituality can reduce suicidality. Religion can help restructure the person’s belief system. And it gives access to social support groups from among the church members. Spirituality provides hope and gives meaning to someone who is suffering. The person depends on God to solve his/her problems. It is documented that children raised by religious parents, are less likely to die by suicide.

It is important to have telephone numbers of suicide prevention centers. So search for suicide telephone help or hotlines closest to you from the internet.

Take all talks of suicide very serious. Because no one knows who will end up with a completed suicide.

Support those at risk. This can be done by giving a listening ear to their concerns without judgments. Also be there for them, either physically, financially or socially. And never leave those who are suicidal alone. Ensure that there are no objects around them that can be used for suicide.

Get them to seek help from a specialist, i.e. a psychiatrist. This will go a long way to treat those who also have accompanying mental illness.

The government needs to provide employment, housing and other social amenities. And also to reduce poverty in the country.

Issues of early marriage and inheritance should be looked into. And ensure that schools from primary to tertiary institutions have school counselors. The counselors should be easily accessible.

It is important that the media do sensible reporting. This goes for the print media, the visual and audio media, as well as the social media.

The World Health Organization guidelines on media reporting of suicide should be followed during reporting.

These are lines already on the internet for those who are suicidal and need help.

These telephone hotlines seen are concentrated in Lagos state. But calling any may help direct the person to a local line in his or her state.

Aspects of Suicide in Nigeria