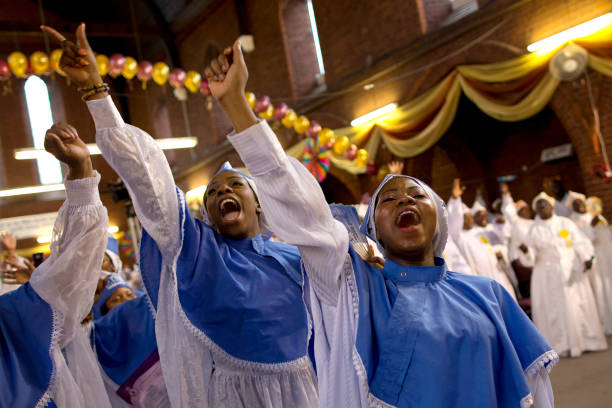 Religion and Mental Health – Nigeria. Is there really a connection between religion and mental health issues? Most African still believe that mental health conditions have spiritual causes. Is this belief true?

Religion is a practice whereby some people in a group use an organized method to connect with a higher being. Different religions have different forms of organized practices. The organized practice will involve rituals, worship ceremonies, teachings on morals and behaviors, etc. And the people in the group are expected to conform in total obedience. The essence is to connect to a being greater than member of the group. Most often, this higher being is seen as God or gods.

For a good mental health, the individual should be able to know the extent of his or her abilities. The person should be able to cope with the normal stresses of life. And then contribute productively to in his or her community. So someone who has mental illness will be unable to achieve these.

Unfortunately, many people in Nigeria are yet to accept the modernization of the concepts of mental illness. Most people still believe that mental illness is due to evil spirit possession, or due to witches and wizards. Some also believe that it is a punishment from God for sins committed. Because of this spiritual undertone many Nigerians still doubt orthodox medical treatment.

Thus the pathway for care for the mentally ill starts with the traditional healers for most Nigerians. This is the main method of treatment for those who practice the traditional African religion. Many Christians, may start with the traditional pathway, before taking the mentally ill to their Priests and Pastors, or Prophets. And many Muslims will do likewise. The ill are taken for orthodox treatment only when the other methods have failed.  By this time the illness has advanced. Only the few who believe in the physical origin of mental illness go for the orthodox treatment early enough.

Religion in the modern Nigeria.

a. Roman Catholics and Protestants –

The Christians have different sects or versions. These include the Catholics, Anglicans, Presbyterians, Baptists, Methodists, Pentecostals, etc. These orthodox Christians make use of prayers, fasting, singing, Bible readings, Holy water, etc. to worship and connect with God. The offering of Jesus as sacrifice is done by the Catholic denomination. Sometimes, dancing and clapping are incorporated. The orthodox Christians believe in brotherhood and being a good neighbor. They also believe that anyone who dies a sinner will go to hell, while good people are heaven bound.

Suicide is a grievous sin, as believed by Christians and can send someone to hell.  The orthodox Christians use their forms of prayers and worship, Bible passages, Holy water and oils, etc.  to treat mental health cases. But they can chain, beat, and starve the person of food and water in the name of fasting. They can also deprive the person of night sleep in the name of midnight prayers and vigils. Some believe in casting out the demons that they believe is causing the illness. This is called deliverance

Just like in the Christendom, the Muslims have their different sects like the Shia, Sufi Ahmadiyya, etc. The Muslim religion also believes in the issues of spirit possessions. They make use of the Quran and offer animal sacrifices as some of their methods of worship. Islam does not condone suicide.

In the traditional African religion, they pray with the use of incantations, offering of sacrifices with animals, etc. They believe in prophesies, spirit possessions, casting out demons, etc. The traditional healers also chain, flog, offer concussions, etc. in order to treat the mentally ill. The African religions are divided in their views on suicide.

1. The positive aspects of Religion:

Because prayers and worships are done in groups, those with mental health issues can find a suitable group. This removes isolation and loneliness which are risk factors to mental illness.

There also subgroups in the different religious groups. This makes it possible for people to look out for one another and offer support. This support can come as physical, spiritual and financial. The social support is easy to practice because these religious groups believe in being their brothers’ keepers.

This socialization also has protective factors against the abuse of substance. These substances include cannabis, alcohol, etc.

When the people come together, they sing, dance, pray, etc. Doing these in a group helps reduce worrying and over thinking. It also focuses the mind away from pain.

This love and social support shown by members can also prevent crime. They can also increase marital stability.

The religious beliefs help the people to connect to a supreme being, God that is all powerful. A God that is concerned about His people and ready to solve their problems. This will go a long way in reducing stress and worries.

Christians are taught that suffering is good and can help in ensuring that one makes heaven. So when suffering and stressors come, this belief makes the burden light and prevents stress by thinking less.

Religion teaches that suicide is a sin that can lead to living in eternal hell fire. This can go a long way in reducing suicide cases. The belief of sexual immorality as a sin also reduces its prevalence.

The dancing and singing can give the same effect that exercise gives. These can increase the blood supply to the brain, preventing the destruction of brain cells. Exercise also improves the balancing of the brain chemicals called neurotransmitters. Keeping these at balance prevents mental illness.

The music or instruments played in church acts as music therapy to maintain mental health. This is because music helps the undamaged brain cells to reconnect.

The reduction of stress via any of these means will reduce the out pouring of the chemical, cortisol. By reducing cortisol, the brain cells remain safe and protected.

Attending religious services and activities regularly, is a good means of achieving good mental health. This is because it helps one to forgive easily, give generously and have self discipline.

2. The negative aspects of religion:

a. Prophesies can be a form of stress –

The stress comes about from false predictions. This predisposes to worries.

Stress can also come about when the predictions cause divisions among family members. Because this brings in quarrels.

The clergy may declare days or weeks of fasting both for the ill and for the healthy members. This could be as dry or wet fasting.

Fasting from food can prevent carbohydrates and other important nutrients from getting to the brain. This can lead to some brain cell death and thus mental illness.

Dry fasting leads to dehydration for not only the body, but also in the brain. This reduces the brain blood and nutrient supplies.

The human adult requires up to 8 to 9 hours of sleep per night. These forms of night prayers will deprive both the healthy and the ill the needed sleep.

The night sleep helps the brain to heal from all the insults that comes its way during the day. Depriving someone of night sleep will prevent this healing process. Thus predisposing the person to mental health challenges.

Also lack of sleep can predispose the imbalance of the brain chemicals. And this can cause mental illness.

d. Guilt and self blame.

Any religion that places too many rules and restrictions on its members can predispose to mental illness. Even Jesus rebuked the Pharisees, for making rules that they themselves could not keep.

The mental illness can come from excessive guilt, self blame and low self esteem. Especially when minor rules are broken. These are risk factors to mental illness.

The teaching of religious education in schools can go a long way in maintain a stable mental health. Religious knowledge helps in teaching children about coping strategies to stress life events. Because it teaches about the importance of socialization, it can promote togetherness among family and community members.

Because religion knowledge can improve coping strategies, it can prevent substance abuse during adolescence. It can also help in character formation by improving morality.

The roles of the clergy concerning religion and mental health – Nigeria.

Most Nigerian preachers do not know how powerful they are. The members of the religious groups place a lot of trust on their clergy. And the clergy functions as counselors. Being a good counselor can help in restructuring the negative thoughts of the members to more positive thoughts.

Why Violence among Lovers in Nigeria?