Music and Mental Health in Nigeria 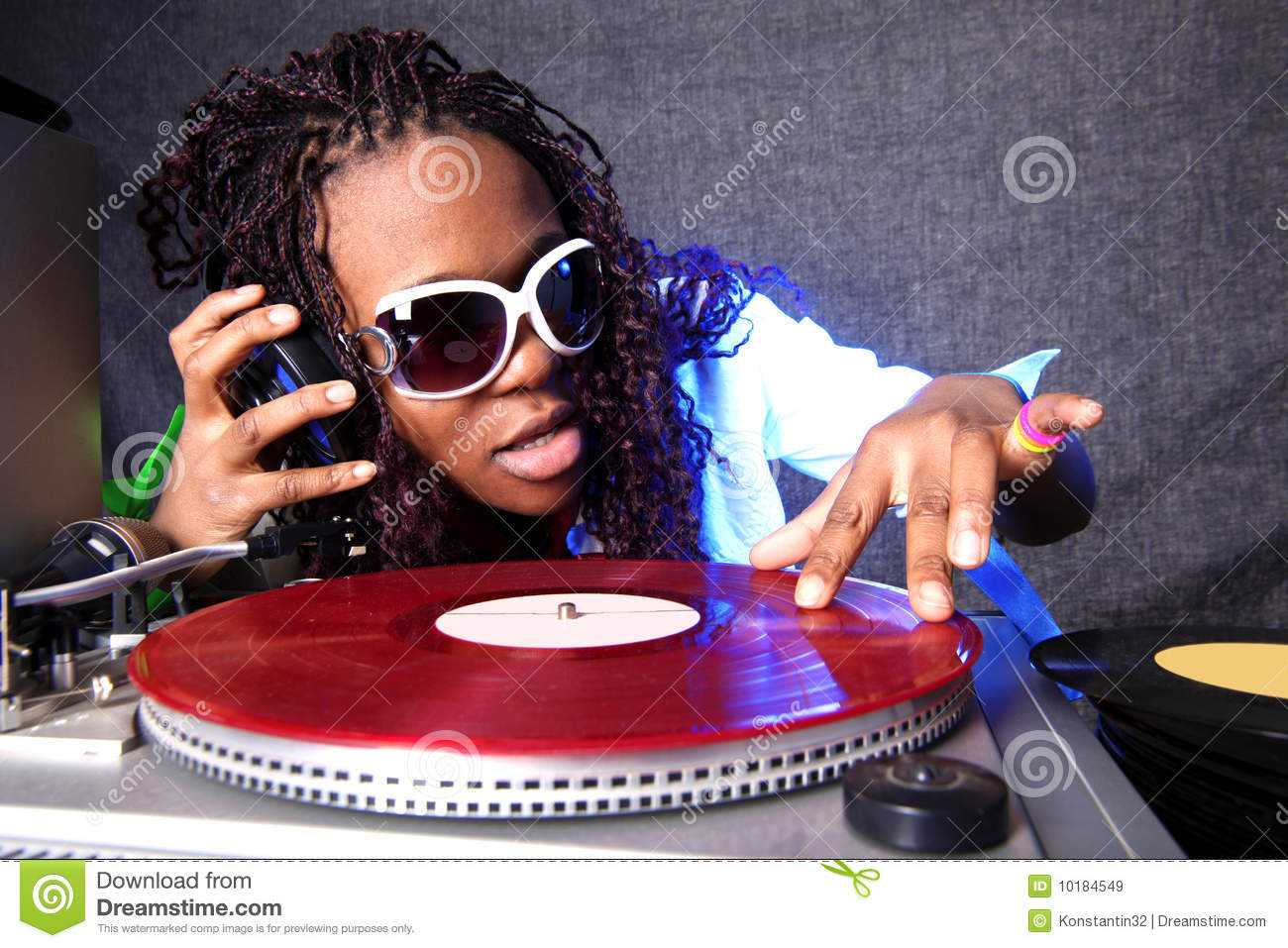 Music and Mental Health in Nigeria. How is music related to mental health positively? What are the negative effects of music on mental health?  Music in the Nigerian culture.

Music has been present as far back as 35,000 years ago and it is present in all culture globally. The early man may have created rhythm to music by clapping the hands. Thus hand clapping should be the earliest musical instrument. Then the next instruments could have come from wood and bones. Some of the earliest instruments discovered came from swan and vulture wing bones between 39,000 and 43,000 years ago.

There are many functions for music which included dancing and entertainment as well as a means of communication. Music has also been used over the centuries for ritual purposes in every religion. But above all, music brings people together. And this is where music and mental health come together even in Nigeria.

How is music related to mental health positively?

Music fosters bonding between mother and child and bonding between groups of people. It keeps people happy when engaged in boring work. And dancing as well as singing together binds participants into a strong group.

Apart from its entertainment value, music has positive and negative effects on the brain. Music can change the way a person acts, feels and thinks. That is, music affects mood, cognition and behaviours.

The use of musical instruments.

Research has it that musicians have a different brain structure from non musicians. Their brains are bigger with thicker neural fibers connecting the two sides of the brain.

Playing musical instruments can encourage emotional expression, socialization, etc. Instrument playing, activates all parts of the brain. Music helps musicians to be more efficient in solving problems in both academic and social life.

Musicians have better executive functioning, like, planning, strategizing and emotional aspects. Playing musical instruments, gives one better functioning of the brain than sports and arts.

Musical training is associated with improved perceptual and cognitive skills. This also includes general intelligence, particularly in childhood. Musicians show higher general and verbal intelligence as well as working memory and attention skills than non musicians. Music students are more confident, more sensitive and better listeners. They are leaders in other aspects of life and do well universally in other subjects.

Music lyrics are important. The lyrics of music provide one with the opportunity to identify songs that correlates with one’s experiences.

Song writing provides one with the opportunity to express oneself in a positive way. Some song writers can create lyrics that reflect their own thoughts and experiences. And they can choose instruments as well as sounds that best reflects the emotions behind the lyrics. This helps to build self worth in the song writer. It also builds a sense of pride when someone listens to his/her own creation.

Listening to music and drifting off to sleep can help calm the mind. And for pregnant women, listening to at least 30 minutes of music daily can reduce stress. When a child listens to music, it helps to improve the child’s competence, confidence, caring character, etc. Listening to music helps people stick to an exercise routine.

Effects on mood and socialization.

Music can match or alter a person’s mood. It can keep one stock in a depressive, angry and anxious state. And it can improve the person’s mood and make the person feel better.

The effects of music on a person’s mood can be elation, i.e. happy mood. When sad, playing an uplifting music can lead to positive feelings. Music can help in relaxation, by releasing tension when stressed. It can also reduce anxiety and depression. Music can reduce anxiety up to 65% according to research.

When it comes to other types of mental illness, music improves their symptoms. Music also helps to increase social interactions, helps the person express emotions and produces a state of mental relaxation. These lead to the reduced symptoms of depression and anxiety as well as improved interpersonal relationships. Because music helps in social connections, it stops the feelings of loneliness or isolation. This is because music brings people of like minds together.

Playing sad songs can cause someone who is depressed to feel worse. And in funerals, the types of music played are done to elicit sorrow. At dinner parties Jazz music are played to give the sense of sophistication and relaxation.

Effect on bonding between mother and baby.

Music can help the baby to develop healthy bond with parents, especially the mother. Singing to a baby from the womb improves mother to baby interactions. This can help to reduce stress in the baby.

Inside the womb, the unborn baby hears sounds and even the music that the mother listens to. So that after being born, the baby will prefer to listen to the same music he/she heard while in the womb.

Effects of music on the brain.

Listening, playing and writing music exercises every part of the brain. It activates the brain areas involved with planning, attention, movement and memory.

Music engages the brain by giving it a calming effect and reducing impulsive acts. It also increases memory, retention and maximizes the learning capacity and improves focus.

Different neurons in the brain are affected by music and so are neurotransmitters and brain hormone. Learning is reinforced by music because of the effects of music on dopamine and opiate brain receptors. Via dopamine, music regulates learning. And   music activates the areas of the brain involved in analgesia and pleasure. This means that music not only gives pleasure, it also relieves pain. Music causes distractions which can lower pain brain receptors.

Music that has the tempo of 60 beats per minute can increase the efficacy of the brain to process information. This will improve focusing. The best way to utilize the focusing ability of music is to play it at the background when you work.

Also music increasing the blood flow to the frontal lobe and reducing the blood flow to the amygdala. By so doing, music reduces the amygdala response to fear. Listening to music causes the release of not only dopamine but also serotonin that gives the feeling of pleasure and reward. And can it can reduce anxiety by reducing adrenaline. Music also reduces the stress hormone called cortisol.

When engaged in a boring job, music can help stimulate one to do a good job. So it is good to play music while you work or learn. This is only true when the job is not complex. Playing music while working on a complex job will cause distraction.

The use of background music can contribute to the learning environment, to facilitate academic achievements. For example, singing the alphabets out loud in nursery level, helps memorizing. Music has a positive effect on learning.

Preschool and primary school years are the best time to socialize children to accept music into their personal taste. And for children, music is a means for them to express themselves due to limited vocabulary, they have.

The use of music as therapy.

Research has shown that music therapy can benefit mental health conditions. These include depression, trauma, schizophrenia, etc. Music is also an aid to reducing anxiety and agitation in older adults with dementia, like Alzheimer. And can help in children with autism.

Music therapy is being used to treat people suffering from Parkinson and Alzheimer diseases. It is used to ease their symptoms and increase their psychological wellbeing.

For those with muscle movement problems due to the degeneration of the brain cells, music can help. The simple act of just putting on music has an immediate impact on those with Parkinson disease. When music is played for these people who have problems with muscle movement, they can move and dance. This is because music bypasses the damaged brain cells. It then activates another set of brain cells causing the person to move and dance. This improved movement only lasts as long as the music is on. When the music stops, the problem reemerges.

Background music also improves memory in those with dementia and Parkinson.

Fast paced music can get the brain and body moving, causing motivation and enjoyment.

Classical and ambient music have the best mood boosting benefits. Soft ambient music provides a calming effect on the mind. Classical music has no lyrics so it makes for good concentration and reduces stress. This type of music has been found to help students study longer, retain more information. And it helped students perform 12% better in their exams. Examples of classical music are Beethoven’s ‘Fur Elise.’ Another classical music is Mozart. Ambient music is also instrumental music.

Listening to natural music like the sounds of nature, waves crashing or babbling brooks can increase cognitive function. Work progresses better if natural sounds are played in the background. They can also improve concentration. Natural sounds like flowing water or rainfall are soothing sounds.

These are music that are sound tracks to movies and video games. They help to improve mood and focus.

The beats of music between 50 and 80 beats per minute stimulate creativity and learning. They can cause relaxation. Music that is too fast is destructive. Even the background music played in shops, if slow, it motivates the customer to shop slowly and purchase more. But the customer is not aware of the influence from the music.

Those who listen to their favorite music have improved mood and productivity.

These people complete tasks faster and have better ideas than those who do not.

The negative effects of music on mental health.

Not all effects of music on mental health are positive. For example, there are music that have lyrics with ideologies of victimizing or exploiting women. These are called songs with Misogynistic lyrics. So when men are listening to these types of music, they show aggressiveness behaviours towards women. This type of music make men recall the negative attributes of women. And when the music contains men hating lyrics, women remember negative issues about men.

Very loud music can be torture causing extreme discomfort. And music can impact the brain negatively leading to aggressive thoughts and encouraging crime. Genre of rap music or hip-hop, are characterized by threatening lyrics that can predispose to attention seeking crimes. The content of these songs are usually about gang rivalries. Some believe that Techno music can predispose one to drug abuse. But others believe that it is those who are already hooked on drugs that are drawn to such music. Techno music is electronically produced from a DJ set for dancing, with speed of 120 – 150 beats per minute. The sounds are repetitive. Very fast music leads to poor behaviours. Some researchers also believe that heavy metal music lead to aggression, rebellion, violence, suicide, drugs and sex. But other researchers believe that this is a myth.

In African cultures, Nigeria inclusive, music has been used as therapy and communication. In Nigeria, especially among the Edo culture, music is used as an Edae or amulet for healing process. Nigerians have used music in different ceremonies, such as mourning, during land cleansing, during moonlight plays, etc. So music in Nigeria helps to strengthen individuals during times of bereavement, to create opportunities for social interactions, to relieve pain, etc. The traditional healers also make use of music. Even in traditional religion, music is played for healing and spiritual worship.

In Nigeria, music is also used to transmit information. This could be via song lyrics or instruments. So that through therapy and communication, music works for a better mental health in Nigeria.

Music and Mental Health in Nigeria. Share to friends.