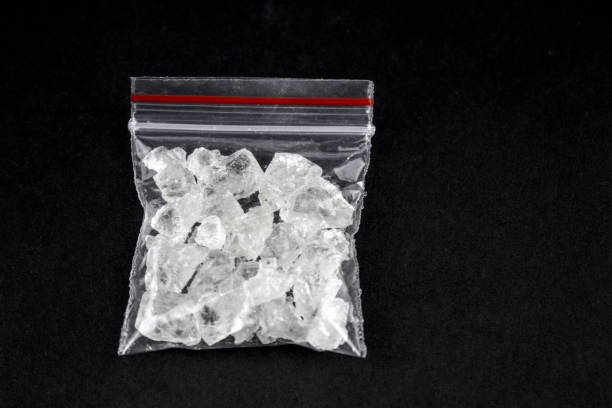 ICE (Mkpuru Mmiri) and Flogging-Nigeria. What is ice or mkpru mmiri? Why have young people in Nigeria taken to this new addiction? Can flogging be a corrective measure for those addicted to ice?  Are there more refined methods of treating addiction?

There is a new wave of addiction going on among the young people living in Nigeria. This addiction is to a substance with the street name of ice. It is also known as mkpru mmiri in the southeastern part of Nigeria.

Elders living in southeastern Nigeria have suddenly been awakened by the number of youth addicted to this substance. So they introduced flogging of those apprehended. This is what predisposed to the topic, ICE (Mkpuru Mmiri) and Flogging-Nigeria.

What is ice (mkpuru mmiri)?

Ice, mkpuru mmiris or crystal meth is pharmacologically known as Methamphetamine. It is a drug that stimulates central nervous system and is highly addictive. Methamphetamine and amphetamine are legally produced by pharmaceutical companies and use in medical treatment. But it is also illegally mass produced.

Methamphetamine is mass produced illegally in laboratory from the combination of different toxic chemicals. These toxic chemicals include gasoline, acetic acid, phosphorus, lithium, ammonia, sulfur, ephedrine, etc. Due to the fact that many of these chemicals are not easily obtained, substitutes are used. They include, nail polish removals, paint thinners, household cleaner liquids and drain cleaner liquids. Brake fluids, phosphorous heads from matches, air conditioner liquids, energy drinks, alcohol,  chemicals from car batteries are also used. Fertilizers and lithium can be used also. Different labs use different combinations of these chemicals.

There are different types of methamphetamine such as ice (mkpuru miri), base and speed. They differ in their potency. Ice has the highest potency of 80% methamphetamine; base has 20%; while speed 10%. Speed comes as white powder. Base is seen as a brown paste. And ice looks like block or a glass substance which is colourless and odorless.

Ice can be smoked in a glass pipe or inhaled, swallowed, snorting and injected. When taken orally, the effect starts to act within 30 minutes. When smoked, it reaches the brain fast, within minutes. And it takes 1 to 2 days for the effects to finally wear off.

Unfortunately, ice is combined with other substances of abuse such as cannabis, alcohol, etc. this makes the effects more dangerous.

As a central nervous system stimulant, it produces a strong euphoria (a high feeling) or elation. Ice increases energy, and makes the user highly confident. The person will also become talkative and sexually aroused. It produces alertness and poor sleep, reduces appetite and produces weight loss. There is also poor concentration and poor memory. It also produces impulsivity and confusion. There is also agitation aggressiveness and violence. The symptoms look like those of schizophrenia. It can predispose to convulsion.

Physically, ice can cause running nose, dehydration, increased heart rate and blood pressure. It can predispose to stroke, lung kidney and liver damage, as well as respiratory issues.  Because the toxic and corrosive ingredients used to mass produce ice, there could be teeth and skin damage.  It can also predispose to HIV and hepatitis via the injectable. All these can easily lead to death.

When the user suddenly stops the intake, or the blood level gets low, withdrawal symptoms occur. These include low mood and drowsiness. There could also be irritability and increased appetite and craving.

Reasons for this new addiction.

The United Nations Office on Drug and Crime, in 2018, reported that an estimated 89000 Nigerians are taking meth. In a study from a private university in the southwestern part of Nigeria, published in 2021, 33% of the respondent undergraduates abuse meth.

Genetics – Having a genetic risk only, without other biological and environmental risk factors, may not precipitate someone to substance use disorder.

Other biological risk factors include, trauma, while the baby is still in the womb, or outside the womb. These include injuries to the brain via infections or head injuries.

This comprises of physical and psychological abuse and neglect. Other components of ACEs are child sexual abuse, parental loss from death, separation or divorce. Maternal abuse, incarceration of parent, living with a parent that abuses substance, child witnessing community violence, etc. a lot of children are presently witnessing insurgency, community clashes, kidnapping, etc. These are components of a dysfunctional family. Another place where a dysfunctional family can exist is in a family with poor parenting methods. So people who are raised in dysfunctional families are at a high risk of abusing substances in adolescence or early adulthood. Even having been raised in a polygamous home is a risk factor for substance abuse. In many of these polygamous homes, the children are left to fend for themselves, food wise or education wise. Meaning that there is a high risk for ACEs to occur.

b. Another psychological risk factor:

This is the presence of mental illness. Cases of mental illness are on the increase in Nigeria. A study in Lagos in 2021, reports that the rate of depression in primary care setting is high. And mental health conditions are high among the young people. So many will use substances to self medicate their conditions.

These risk factors for substance abuse is abound in Nigeria.

a. The ease of availability of substances like ice:

As reported by Enact, Nigeria is now a major producer of methamphetamine. It was first discovered in an illegal Laboratory at Lagos in 2011. Many more illegal laboratories do exist in different parts of Nigeria. The majority of the owners of these illegal laboratories are from the Eastern part of Nigeria, as reported by UNODC. These include Owerri, Ozubulu, etc. These products are meant to be exported to South Africa and Asia, as reported by station France 24, in 2018.  So there is easy access to local drug users.

Unlike cocaine and heroin, many people can privately produce meth. or ice in their homes and at illegal Labs. The production chemicals can easily available locally. And the government being able to search out these productions sites is quite a herculean task.

b. Poverty and unemployment:

These are also driving forces to meth abuse. About 87 Million Nigerians (86.9 million) live in extreme poverty, according to Quartz Africa in 2018. And the Vanguard News paper reported that in 2020, 102 million Nigerians are living in extreme poverty. According to the National Bureau of Statistics, 33.3% of Nigerians are unemployed, as at end of 2020. The Chairman of the Presidential Economic Advisory Council (PEAC) expects unemployment to hit 40% by the end of 2021. And the COVID 19 came along to increase the economic hardship.

Meth. alias ice or mkpuru mmiri, is produced and exported to South Africa and Asia for financial gain. As reported by France 24 channel, a kilo of meth sells for $3,500 on the streets of Lagos. By the time it gets to South Africa and Japan, the same one kilo sells for $12,000 and $150,000 respectively. In the bid to make money the producers will sell to the local people who are under pressure from psycho-socioeconomic factors. They use the substance because they see it as a relief to their mental frustration. And since ice is highly addictive, they become dependent on the substance.

With the current insecurity issues in the country, people are stressed beyond their limits, and the youth are more hit. Insecurity issues include insurgency, farmer/herder clashes, kidnapping, police brutality, etc.

This is another risk factor. Children raised from dysfunctional homes, are more likely to bond with other people from such homes.  Water usually finds its level. These children are ill equipped from their homes and are already suffering from low self esteem, depression, etc. So they find it difficult to say ‘no’ to substance of abuse.

People who easily fall prey to abuse of substances are also those who have never been educated on these substances. Their parents have never educated them nor have their teachers.

f. Corruption in the system:

The Nigerian government is making efforts towards the prevention of the abuse of drugs through its different agencies like the National Drug Law Enforcement Agency (NDLEA), the Pharmacy Council of Nigeria and the National Agency of Food and Drugs Administration and Control (NAFDAC). Yet these drugs are still accessible to the abusers. The reason to this is corruption at all levels and the lingering high level of stressors faced by the citizens.

Recently the social media platforms have gone agog, on the issue of mkpuru mmiri. Videos have gone viral showing how the Southeastern Nigeria people have decided to solve the problem of mkupru mmiri. They have begun apprehending people, whom they believe are involved in taking the substance or selling it. Those apprehended are flogged publicly, after confessing to their acts.

The elders who started this ‘corrective’ measures believe it will go a long way to deter others from the acts. This probable stems from the fact that Africans, Nigerians inclusive believe in using corporal punishment as a disciplinary measure. Flogging was used over the historic times for criminal offenders. Over the years, it was not found to be effective and was thus abandoned.

Flogging can drive the abuse behavior underground. It can make the abuser more deadly and more dangerous in a bid to retaliate. It can also lead to death or suicide. And flogging someone who has personality disorder once can never bring about change. Personality disorder is an ingrained maladaptive behavior.

ICE (Mkpuru Mmiri) and Flogging-Nigeria is not the answer to addiction, be it prevention or treatment.

Prevention of the abuse of ice and other drugs of abuse requires all hands on deck. The homes must be stable. Parents must use proper methods of parenting and disciplinary measures. There must be good communication between the parents and the children. Education about drug abuse must start early in the homes and at schools. Parents and teachers must be good role models. And schools must have school counselors at all levels.

The government must play its role to reduce corruption, improve youth employment and reduce poverty to the barest minimum. Social amenities should be available to include electricity, good roads, housing, etc. The government should also tackle insurgency and other forms of criminality. This includes prosecuting those involved in the production, distribution and sales of these narcotics.