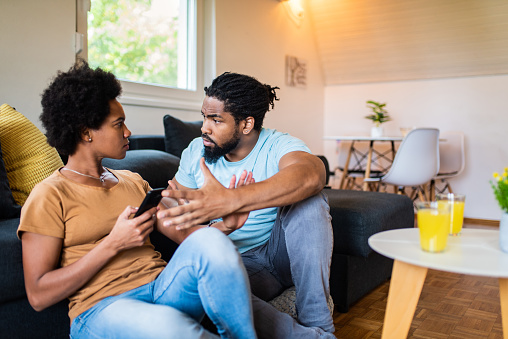 Excessive Jealousy between couples – Nigeria. Does jealousy occur in a relationship in Nigeria? How excessive can it get? What is Othello syndrome?

Jealousy is an intensely painful emotion that is can occur in interpersonal relationships. This could be among married or dating relationships. In jealousy, there is fear of losing the partner.

When jealousy occurs in an amorous or marriage relationship in a right dose it can help cement the relationship. It can help the love grow stronger. But jealousy that is excessive in a relationship can be quite dangerous and can be fatal.

Yes excessive jealousy can occur in a relation involving love and marriage. Many a times, the partner of the jealous person will believe that the lover is just being excessively possessive. At the beginning, it may feel good to the partner that someone loves him/her with that much passion. But as time passes, it may not feel so good anymore. It will feel stressful and maybe fatal.

The prevalence in Nigeria is not known, but there are cases diagnosed in hospital settings that involve neurological cases.

What is Othello syndrome?

When it occurs alone, most people do not recognize it as a psychiatric disorder.

Othello syndrome is an excessive jealousy characterized by the intense delusional belief that a spouse or sexual partner is unfaithful.

Delusion is a false and fixed belief that cannot change despite evidence to the contrary. So even when the person who is delusional is given factual reasons why he or she is wrong, the belief will never change.

This disorder presents in the absence of any objective basis for suspicion.

So a person with the disorder can view normal occurrences as evidence that his/her spouse is cheating.

Who is at risk to excessive Jealousy between couples – Nigeria?

Othello syndrome can occur in any gender, male or female. Recent researchers are seeing a slight increase of the disorder in males.

It can occur on its own, but it occurs more frequently in people who have other disorders. These disorders include schizophrenia, personality disorders such as borderline. Othello syndrome can also be seen in people who suffer from dementia, like Alzheimer, etc.

It can be seen in some people suffering from stroke, and other organic brain disorders like trauma and brain tumors. Even those who abuse substances like alcohol, cocaine, etc. are at risk. Certain medications can predispose to Othello syndrome. It can also be seen in persons suffering from sexual dysfunctions, like problems in sexual desire or arousal issues, etc. Some believe that they cannot satisfy their partners sexually.

The average age of onset is 38 years, but common in middle age males. And it is more common with those who have intermediate level of education.

People who have had failed relationships in the past, are at risk of developing Othello syndrome.

Some people who feel very insecure or fearful are more likely at risk.

Thus it means that people who have issues with attachment in infancy are at great risk. So those who suffered insecure attachment will want a partner they can cling to. If the partner unconsciously distances self, this can bring about pathological jealousy. Even those who suffered from disorganized attachment can suffer from delusional jealousy in a relationship.

Those with low self esteem or who are excessively dependent on their romantic partners can develop the disorder.

Certain behaviors from the romantic partner can make the other partner breakdown with the syndrome. Behavior such as distancing oneself from a partner, unconsciously, in a relationship, can bring it about.  The distancing could be physical or psychological. This can bring about irrational conviction of infidelity.

Socially isolated people are at risk because of inexperience in social interactions. They can read facial expressions or gestures wrongly to mean infidelity.

Also persons who have lost their jobs or significant others can make increased sexual demands on their partners. When the partners fail to meet up with the demands, they will be accused of infidelity.

The disorder is more common in cultures or societies that place values on the exclusive ownership of a partner. Occurs also in cultures where partners are seen as possessions.

Behaviors of those who have Othello syndrome.

1. Accusations from the individual:

The person with Othello syndrome accuses the spouse of being unfaithful without any evidence.

A man with delusional jealousy can see the wife’s friendliness to the opposite gender as evidence that she is cheating. The spouse could be accused of cheating with multiple lovers.

He can also accuse the spouse of infecting him with sexually transmitted disease. The disease he believes came from the purported lover.

When a spouse repeatedly denies infidelity, the person will go into a rage.

The person with morbid jealousy is always preoccupied with thoughts that his/her spouse is unfaithful. These thoughts are intrusive, even when the person tries to remove them. And the person believes that his thoughts are true.

So such persons can stalk the wife physically or via cyber stalking. Detectives could be hired to do spying on the spouse. They can check up on the partner several times in a day, via phone calls or surprised visits. Recording devices can be secretly placed in the home or at work place.

The person will interrogate the spouse repeatedly, trying to get a confessional statement from the spouse.

Such a person will search the spouses belongings, including clothes and under wears and even bed sheets for evidence. Even inspections of the spouse’s genitals are done in search for evidence. The spouse’s phone will be searched by looking through call logs, text messages, emails and posts on social media.

The person with Othello syndrome can hallucinate. There could also be auditory hallucinations telling the person to harm the spouse or the purported lover.

The person will attempt to control the spouse’s freedom of movement.

He will engage the spouse into having sexual intercourse very frequently with him. This is in an attempt to get her saturated so that she has no need for an extramarital lover.

The brain of someone with Othello syndrome.

There are grey matter losses seen at the right and left frontal lobes, as well as the thalamus area. These are the cause of the false beliefs.

The temporal lobe of the brain, like the amygdale, is also involved. This brings about fear and anger.

There are imbalances in certain chemicals in the brain, like the neurotransmitters, etc. dopamine level is increased.

The person suffering from the disorder is always under stress and can have poor sleep.  There could be depression and substance abuse.

He/she can commit murder and face jail term, if he is not able to prove that he has mental illness. He could kill the partner or the purported lover. The victim of murder could even be his ex-partner.

The person can die by suicide.  After killing the partner or the purported lover, or both, he may kill himself.

Also the individual can also die from violence between him and the partner or purported lover.

The partner can get stressed out and suffer sleep problems as well as depression or anxiety.

She can, after being accused wrongly for a long time, may yield and give a confessional statement. But this fuel more intimate partner violence.

The partner may kill herself due to depressive disorder. She can also kill the individual. This could lead to her arrest and incarceration.

She can seek divorce or separation.

The children growing up in such a family can suffer from adverse childhood experiences.

They can be caught in the cross fire of violence between their parents. So they can get injured or even killed.

The first thing to do is seek separation, to avoid more harm and death of a loved one.

Then seek psychological and psychiatric treatment for the individual.

The entire family will require treatment as well, especially psychological treatment. But if medications are required, then there is need to consult with a psychiatrist as well.

Once the individual is stable, the family can reunite.

Epilepsy and Stigmatization in Nigeria