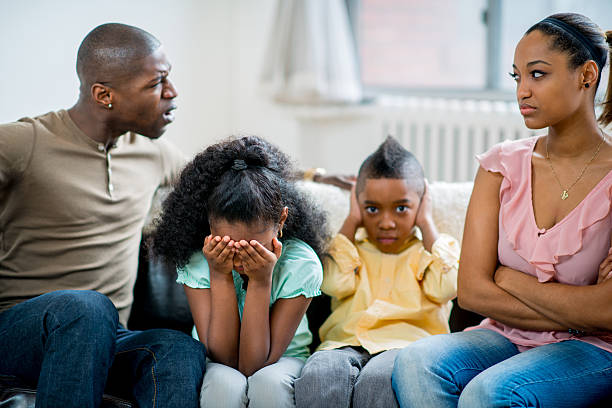 In the recent times, the issue of the DNA paternity test has gone viral. Nigerians are more aware that there is a scientific method of establishing who the biological father of a child is. Financial constraints have been the issue in the past for those who would want it done. In January 2022, rumors went viral that the Nigerian government has declared DNA test free in all government hospitals. This the Federal government later issued a statement denying the rumor. But falsehood of the matter notwithstanding, the topic got many Nigerian talking, some in support, others against it.

What is the DNA paternity test and why do it?

Until recently, accepting the pregnancy is one way a man can prove paternity of a child. A child born to a couple who are officially wedded, the man is assumed to be the father. It does not matter even if the child was conceived from another man.

But today, the story is different with the introduction of the DNA paternity test. Some people want scientific proof of paternity.

The DNA stands for Deoxyribonucleic acid. This actually genetic material inherited from both parents. There are different genetic DNA tests that can be done and one of them is a paternity test. The paternity test is a test done to prove that a man is the biological father of a child.

This means that paternity test can be done any time during one’s life span. So it can be carried out when the baby is still in the womb, immediately on delivery, and any other time in the course of the lifetime.

3. Why would men want to do a paternity test?

The men who want to do the paternity test do so for reasons. They want to be sure that they are the causal or genetically related father before taking responsibilities for the child.

Some do it because of travel issues, to obtain visa. It is also done for the child to know his genetic relationship or belonging. Some men also do it to put a stop to their financial obligations to the child. Men also use it as a test for infidelity, even though it is wrong.

The actual importance of the DNA test is to have legal rights to a child custody and support. It is also needed for inheritance, etc.

Who is a father?

The causal father is the man that donates the sperm to the woman to procreate a child. Now, for some men, their responsibilities end here.

A material father provides material things for the child. These include money, food, shelter, etc. These men do these things as a form of an obligation.

Then the moral father shows love, discipline, etc. He forms a close relationship with the child. He works responsibly for the good of the child and has a loving commitment to the child.

What is paternity fraud all about?

Paternity Fraud occurs when a female deliberately falsely identifies a man as the biological father of her child. This is also known as misattributed paternity.

2. The rate of paternity fraud in Nigeria –

Why does paternity fraud happen?

In the Nigerian culture, it is occasionally acceptable for a woman to get pregnant from a man not her husband.  This is done to bear children for her infertile husband.

Also in most Nigerian cultures, the woman is most often accused of being infertile in a childless marriage. So she will go to another man to get pregnant. This is because the couple without a child are not socially accepted.

b. The quest for a male child –

In Nigeria, especially among the Igbo tribe, the male child is very important. Any man without a male child is most often not regarded as a man. And he is not socially accepted and many at time cannot be conferred with traditional titles. So to save her husband from the embarrassment, the wife will engage in extramarital affairs to beget a male child.

In some hospitals, new born babies can be swapped, either deliberately or mistakenly. Gender issues also come into play here, and predisposes to deliberate baby swapping, when a woman wants a male baby. The woman does this to cover the shame of her husband socially.

Nigerians stigmatize pregnancies out of wedlock. This is so even if the pregnancy is due to rape.  So women, who become pregnant out of wedlock, will seek men to call the fathers of their unborn children. This is not only to cover her shame, but also to avoid the child being called names and bullied in future.

e. The stigma of adoption –

In Nigeria, the society has not fully accepted adoption as a means of begetting children. So the family and the adopted child are stigmatized.

When she does get pregnant, she may not know the actual man responsible for her pregnancy. If she is already married, the husband is assumed to be responsible.

The DNA test psychosocial effects in Nigeria can be quite devastating when the result is negative. It affects the man, the woman and the child. The child is worst hit. These include the psychological and social effects.

A negative test can predispose any member of the family to depressive disorders, anxiety schizophrenia, bipolar disorders, etc. The DNA Test, Psychosocial Effects in Nigeria could also include sleep issues, eating disorders, etc. Anger and aggression towards the woman or the child can happen. There can also be suicide as well as murder suicide.

The child can be ostracized from the family he/she use to know as his/ her own. Being excluded, stigmatized or isolated can predispose the child to confusion, and other mental health conditions already described, including being violent. Violence may occur when the child believes he or she is unjustly treated. These happen because the child valued the relationship. They can also become delinquent drop out of school and engage in crime. This is because humans have an inborn need to belong in a relationship or a social group. And when this is denied, the consequences can be quite devastating.

Intimate partner violence can occur as well as separation. It can even go as far as divorce. And in all these DNA Test, Psychosocial Effects in Nigeria ,the child suffers the most.

What the people say about paternity test.

People’s opinions about paternity tests are quite diverse as those making the opinions. Searching the internet for the people’s opinion on this matter showed quite interesting read. See some below.

a. Tests should be at birth or non at all –

When the father has proved that there is no genetic relationship, he should still continue to be a moral father. But if genetics mattered to this moral father, then the test should be done at birth.

It is wrong that a man should destroy a relationship he has with the child because of his wife’s infidelity. The decision to be a moral father is voluntary and should not be affected by the couple’s relationship. He should not take part in paternity test.

The paternity issue is not the fault of the child, so why must the child suffer from the revelation of a negative test. The DNA test should not be an option in marriage because a child is involved.

So a man cannot discard a child that has always called him father. This can negatively affect the emotions of both the man and the child. So if a paternity test needs to be done, it should be at the beginning of life.

They believe that if anyone needs to be punished for the deceit, that it should be the husband. Because he allowed it by being negligent from the onset. He should have done the test as soon as the baby is born and not later.

If a DNA paternity test need be done, it should even be made compulsory and should be at the beginning of life. Beyond this time frame, the test should not be done. And if a man wishes not to carry out the test, he should be given a waiver, but he can never do it later.

b. Genetic relationship not necessary –

The paternity test should not be done to seek the child’s lineage. Such should be done by the child when grown or in adulthood.  Genetic relationship should be by informed choice and not by force. Not all children are interested in having genetic ties. And even when the genetic tie is found, those relatives may not want the child.

Parenthood should be with the aim to raise a child into the world. And this should have nothing thing to do with genetic relationships between father and child.

If a human can love and cherish other living and non living things, why not a child not genetically related? Some people cry when their dogs die. And if someone can love a car or a house and invest on them, why not a child?

Some believe that even if the man decides to divorce the wife, he should still continue to pay for the upkeep of the child. This because the negligence was contributory from the man and the woman.

The society created the problem of genetic relationship they should be the one to stop it.

It is a test to find out if the wife has been unfaithful. The target is to divorce the wife.

When there is no trust between husband and wife, the test should be done.

Some men are not ready to take responsibilities for children that are not genetically related to them. They believe that someday, the child could search out his roots. Then they will be left empty handed.

If the child has been unruly, the father will look for ground to disown him or her. They believe so much that behaviors are only genetically inherited.

They believe that the woman should be punished. This is for deceiving the man into getting financially and emotionally involved in the care of another man’s child.

Paternity fraud and the Nigerian Law.

There is nowhere in the Nigerian constitution that paternity fraud is criminalized. In the Nigerian law, every child, despite his or her genetic paternity should enjoy equal rights and benefits. All children are legitimate. Even if they are the products of paternity frauds, they can be made legitimate. This can be done by acknowledgement from the moral or social father. There are many ways of acknowledging a child in Nigeria. These can be seen in different sections of the Nigerian law and the Child Rights Act. See section 165 of the Evidence Act of 2011. Also see section 63 of the Child Rights Act.

The customary Laws in Nigeria, protects the family. It states that no child from a valid marriage is to be rejected due to his/her birth circumstances. In Igbo customs, it is believed that “ebe nwa shiri lo uwa, ya hiri.” And this is the same principles of the customary laws. So any child born within wedlock is seen as the product of that marriage.

Then also in Igbo customs it is believed that a child that is produced out of wedlock belongs to the woman only. Or it belongs to the parents of the woman. “ Enyi anaghi enwe nwa.” So the causal father has no rights to the child. And paternity issues does not come in here.

Hallucinations and Spirits in Nigeria