Delusional Disorders and the Law – Nigeria

People who suffer from delusional disorders are not easily recognized by the general public as having mental illness. This is because they are actually not like other people who have other mental illness, such as psychosis. These people with delusional disorders function well at work, at school, and socially. So they appear normal, talk normally, discuss and even solve problems and their intelligence is intact. In these areas, they do well, so no one suspects that there could be anything wrong with their mental health. This is unlike people with other forms of psychotic disorders that have problems functioning at work, school and socially.

These people classified as having delusional disorders have certain areas that lack proper behaviours. And for this, they can easily get into trouble with Nigerian Judicial System. Unfortunately, the police and even the Judicial System may also find it difficult to see these people as ill. And they can end up being locked up in prisons, a place they should not really be. At the end, the prisons get swollen up with people, making management of the system difficult. This topic Delusional Disorders and the Law – Nigeria is important hoping that it may help keep such people jail free.

What are delusional disorders?

Actually, delusions can accompany other mental health conditions such as schizophrenia. They can also be seen in major depressive disorders with psychotic features, bipolar disorders and psychosis due to substance abuse. Delusions can also be seen in people suffering from delirium and dementia. Even some people suffering from physical medical conditions such as stroke can have delusions.

What are the different types of delusional disorders?

There are different types of delusional disorders, such as persecutory, jealousy, erotomania, grandeur, somatic, mixed, etc. In this write up, we will describe these mentioned names.

The person suffering from this type of disorder believes other people are against him. He may falsely believe that he is being maltreated, or that some person(s) want to harm him. He may even believe that certain people like the neighbor or government are spying on him or want him dead. The person may even accuse his coworker of working against him or that the coworker has hacked his email. Such a person can accuse his neighbor of stealing from his house.  In general, the person blames others for bad things that happen to him.

Now, because these accusations sound quite real, people believe them. And they may even join forces with the accusers to taunt innocent people.

So those suffering from persecutory delusional disorders feel constantly threatened without any justifiable reasons. And they may constantly seek for safety by reporting innocent people to the police, village heads, or office management. So in the office they may be seen constantly writing petitions.

This is also known as Othello syndrome. It is actually a delusion of infidelity, where the person has the false belief that his partner or wife is unfaithful. He will falsely accuse his wife of having an affair with an innocent man. He will do all in his power to get the proof that he needs to prove himself right. This will include trying to get a confessional statement from his wife, spying or stalking her.  And he may end up confining his wife to the house to prevent this purported infidelity.

In her head, she has a well developed fantasy about the man’s love for her and his total commitment to her. So she will engage in several behaviours to get his attention towards her. And these behaviours include stalking the man, by loitering or making surveillances where ever the man goes. She may even approach the man or bombard him with telephone calls, messages, gifts or visits.  Via social media, she may use Facebook, Twitter, Emails, etc. to stalk him. Unfortunately, she will use these media channels to expose the personal details of the man. Social media increases stalking.

She is very convinced about the love of the man for her. So that sometimes she believes that she is receiving love messages from him. She believes that these love messages are sent through normal everyday occurrences. For example, by looking at a license plate of a car, she will deduce a message from her purported lover. She may also deduce a message by looking at the colour of clothes worn by passersby. These come about because she attaches meaning to things for her own wishful thinking. The person with erotomania, generally misinterprets facial expressions as well. So she can misinterpret a glance towards her from the man as an expression of his love for her.

Because of her conviction about this love, she will deny genuine males who actually want access to her. This is because she does not want to cheat on her purported lover.

In this delusion, the person has an over inflated sense of self, in the areas of worth, power, knowledge, etc. So he may falsely believe that he is a prophet, a renowned scientist, the president of America or Nigeria, etc. He may even believe that he is God or Jesus Christ. With this false belief of being a renowned scientist, he may claim that he has discovered the cure for AIDS. Or claim that he has the cure for COVID or cancer. Also with the claim of being God, he will go about gathering followers and worshipers. He may even give instructions that his followers should kill themselves so that he can take them to heaven.

People suffering from this could falsely believe that they are infested by parasites with worms crawling over them. Or that they have problems with their body parts. Such a person may claim that one part of the body is bigger than the other and wants surgery. They can also complain of having body or mouth odor when none actually exists.

The person has two or more delusions presenting at the same time. For example, the person may have persecutory and erotomanic delusional disorders together.

What are the causes of delusional disorders?

The causes and all predisposing factors of delusional disorders are not fully known. But scientists are aware of some factors.

Delusional disorders run in families. They can also be found in families that suffer from other psychiatric conditions such as schizophrenia, paranoid personality disorder, etc.

There are structural problems in the brain, especially at the limbic system, frontal lobe, etc.

These include dementias such as Alzheimer and Lewibody. Also having a stroke can predispose to delusional disorders.

These include medications, neurotransmitter problems, substance or drug abuse, etc.

Stress and stress related issues are risk factors to the presentation of delusional disorders. This stress conditions make the person very sensitive to situations that seems threatening. So the person becomes very vigilant to these seemingly threatening conditions. This is because these conditions bring to the person’s mind past similar situations.

Other psychological risk factors include low self esteem, poverty, social isolation and rejection. Also loss of an attachment figure can predispose to delusional disorder, e.g. loss of a mother. Many of those who suffer from erotomania are from the low socioeconomic class. So their victims are from high socioeconomic class.  Some of them are also from those who have been socially rejected. Thus they aim for people who are physically attractive, in high authority, etc.

Those who have delusional disorders maintain this false belief because they gain from the delusion. The delusion helps to reduce their anxiety and increase their self esteem. And if the person fails to have this false belief, he/she will become depressed or suicidal.

Delusional Disorders and the Law – Nigeria.

Most people do not recognize delusional disorders as a form of mental illness. Unfortunately, many end up frequenting the police station or the criminal justice system as a whole.

So from the violence and impersonations, those who have delusional disorder can be brought to the criminal justice system. And because most, including Lawyers, are not aware of the mental illness, such people may end up in prison. This is not a place they should be. They should be in the hospital receiving treatment. And this is the reason for this topic Delusional Disorders and the Law – Nigeria.

Can delusional disorders be treated?

The simple answer is yes. Treatment may be difficult, but it is possible and the person can recover. For some people with the disorder, the delusions may not entirely disappear, but they become less important to them. Thus such people can carry on with their normal lives.

Treatment actually requires the combined treatment strategies from a psychiatrist and a psychologist. The psychiatrist will make use of medications, while the psychologist will use talk therapy. This talk therapy is known as psychotherapy. The psychotherapy types will include cognitive behavioral therapy, and individual therapy. These are aimed at getting him or her to change their behaviour. Also family therapy is done to help the family members contribute to the betterment of the person with the delusional disorder.

Delusional Disorders and the Law – Nigeria. Share to friends. 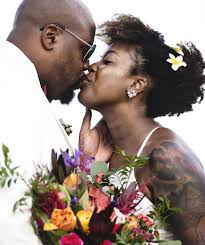 Fear of Commitment in Relationship – Nigeria

The Effects of Tramadol Abuse