Child Sexual Abuse in Nigeria. Does child sexual abuse exist in Nigeria? Can the perpetrators be easily identified?

1. The World Health Organization (WHO) on Child Sexual Abuse (CSA):

The child is involved sexual activity that he or she does not fully comprehend and does not give informed consent.

And the child is involved in sexual activity that he/she is not developmentally prepared and cannot give consent.

Also that the sexual activity violates the laws or social taboos of the society.

Sexual abuse is a sexual activity between a child and an adult, or another child. The relationship between the two is linked to a relationship of responsibility, trust or power. This relationship is intended to gratify or satisfy the other person’s needs.

Child sexual abuse is a serious violation of child’s rights and well being. The legal cut off age for the definition of a child is 18 years, in Nigeria. A child before this age of 18 years cannot give consent because he/she cannot comprehend the meaning of sex.  The child can only give assent. In consent, the person gives permission for something to happen. Assent means to give in or comply. Sexual activity with a child, who gives assent, is an abuse. And in CSA, inducement or coercion is usually involved.

How common is child sexual abuse in Nigeria?

Child sexual abuses in Nigeria have more victims as females than in males. That is, 1: 4 girls and 1: 10 boys are victims in Nigeria. One study gave a prevalence of 5% to 15% of males in Nigeria having been sexually abused in childhood. While the perpetrators are more males than females.

The estimated prevalence rate in Nigeria is documented to be between 5% to 38%.  And among female hawkers in the southeast, the prevalence is said to be as high as 70%. Rape occurred in 46.2% of CSA in the southwest. In a 2012 – 2013 study at University of Nigeria Teaching Hospital (UNTH), 70% of the sexual assaulted were children. At Ebonyi state teaching hospital in 2013, 94% of CSA cases were females, with a ratio of 15:1. Their ages were between 6 to 9 years. All their perpetrators were males. In Maidugiri, about 78% of child workers have been sexually abused.

The age range for those with CSA in Ebonyi state Teaching Hospital were between 6 to 9 years. Children that are as young as 6 months to 2 years are also sexually abused, but they are not reported. The peak for CSA in Nigeria is in the adolescent age.

4. The culture of silence:

This inability to get the exact prevalence in Nigeria is due to the culture of silence Nigerians have towards CSA. Nigerians also have this culture of silence concerning others sexual issues. When disclosure does happen, it is focused to the parents, especially the mother. And if not adequately handled by the mother, the child may retract the story. Disclosure can also be towards peers.

The fear that one will not be believed, or that the parents will not care, affects disclosure. Many a times, parents believe that it is the girl’s fault that she was sexually abused. Or they may accuse her of fabricating the story. The fear of harm to the perpetrator may also prevents disclosure, this will depend on the reactions of the parents.

The fear of threat from the perpetrator that harm will come to the parents or family members. Victims are normally threatened that if they speak, the perpetrator will kill any member of the family.

Soliciting for sex from a child. This could be physically verbal or threats. It can be through online via chat rooms or other online forum. This involves sexual activities, sexual talks, or sexual information giving online.

An adult exposing oneself to a child for sexual gratification. This can involve exposing one’s sexual part to a child and becoming sexually excited while doing it.   Or the child is made to watch others engage in sexual activity.

Exposing the child to pornography, be it via electronic or print media.

Selling or sending children out for prostitution or to early marriage is CSA.

Sexualizing children through dance, makes them a sexual object.

Fondling, touching any of the sexual body parts. The adult could be touching the child, or have the child do same to the adult for sexual gratification.

The risk factors for being a victim or a perpetrator.

a. Risk factors of victims.

Being female is a major risk factor. Females were two times more at risk than males to be sexually abused. About 31% of girls in Nigeria reported that their first sexual intercourse was either rape or forced sex.

Females are more likely to be abused at an earlier age than males, and the abuse lasts longer.

Females are also more likely to report abuse. But if the sexual abuse is multiple, report is less likely.

Having a mental, developmental or physical disability raises the risk for CSA. The risk is high in children who are impulsive, abuse substance or have mental illness.

Occurs more with street children who are ready to trade sex for food, shelter, money, etc. Even engaging in child labor increases vulnerability to CSA.

b. Risk factors of perpetrators.

Majority of CSA perpetrators in Nigeria are males.

Most perpetrators are known by the victims. And they are trusted by the children and even the family of the victims before the abuse.

These perpetrators include family members such as fathers, step fathers. Sibling perpetrators, as well as uncles, etc. this is known as incest. They can also be caregivers, domestic servants, gatemen, drivers, neighbors, teachers, pastors, Imams, etc. Incest is the most common form of CSA.

Many of the perpetrators have only secondary school educational qualification. This is not to say that graduates and professors do not engage in CSA.

They can also be artisans, students, or civil servants, politicians, lecturers, etc.

They could be those who were also sexually abused in childhood.

Those who abuse substance like alcohol, cannabis, cocaine, are at risk of perpetrating CSA.

Those with dissocial personality disorder or those who do not care about others.

Having mental illness such as bipolar disorder, etc. are risk factors.

Coming from an abusive family background. Here the CSA perpetrator as a child, make use of sex as a coping mechanism. So that by adulthood, he becomes more sexually aggressive.

Children who are raised in the socioeconomically poor family households are at high risk of being victims. They stand the risk of becoming perpetrators in adulthood.

So poverty and lack of employment can be a risk factor for perpetrators.

In a society with weak laws concerning the sexual abuse of children, will give a fertile ground for the abuse.  Also where the police and legal system does not adequately support the citizens, CSA will thrive. And where the child rights policies are not adequately enforced.

In Nigeria, the erosion of the extended family system, with rapid urbanization, has increased the risk.

In the society where there is poor sex education, and the ignorance of the complications of CSA, the risk increases.

1. Outstanding characteristics of a CSA perpetrator:

A perpetrator of CSA does not respect boundaries. He touches the child at the areas that should be out of boundaries. He can do this even in public and call the child “my wife.” He may take delight in lapping the child frequently.

Such persons are excessively friendly with the child. He or she overlooks the age difference between the perpetrator and the victim.

He or she talks freely with the child on sexual topics.

2. Outstanding characteristics of a CSA victim:

Discusses on sexual topics beyond what is appropriate for the child. May be preoccupied in singing sexualized songs or drawings. The child could also engage in sexual behaviors inappropriate for age.

Keeping to self and keeping secretes.

The child will not want to be left alone with certain people. Or may refuse to remove clothes to bath. And child may refuse to be examined.

Resuming to bedwetting or thumb sucking after these had earlier stopped.

The child may have sudden fear of the dark which was not originally there. 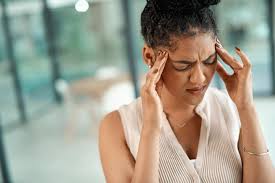 Aspects of Suicide in Nigeria